Please note: Blues & Rhythm is still open for business and is able to take and ship your orders for current and back issues. B&R will be published in line with our normal schedule, although the post is still a little erratic at present. Any queries please email us via this website. 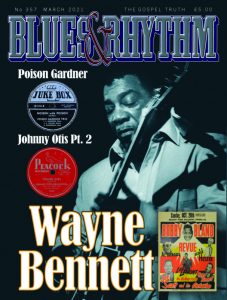 JOHNNY OTIS: Second instalment (1953 – 1956) of Steve Propes massive four part feature on the entire career of Johnny Otis based on Steve’s interviews with Johnny himself and many R&B artists who were associated with him.

POISON GARDNER: Bob Fisher tells the story of the obscure boogie woogie and R&B pianist Poison Gardner, with lots of new information. Look out for a new CD featuring his recordings soon.

BIG JOE WILLIAMS: The second of Giles Oakley’s historic articles in The Listener magazine from 1976 which publicised Giles’ ‘The Devils Music’ series of documentaries. 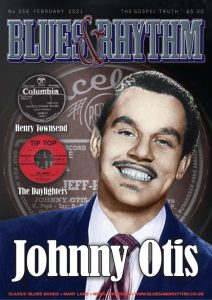 JOHNNY OTIS: First instalment of a massive four part feature by Steve Propes on the entire career of Johnny Otis based on Steve’s interviews with Johnny himself and many R&B artists who were associated with him.

HENRY TOWNSEND: Art Shuna interviewed the great St. Louis bluesman for his radio show in 1993. The first of many unpublished interviews from Art Shuna WORT-FM show.

THE DAYLIGHTERS: Another great feature on rare and obscure Chicago R&B and soul artists by Robert Pruter. 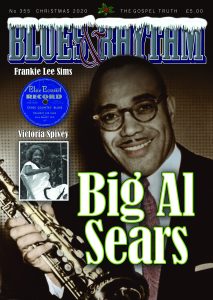 DOWNHOME BLUES FROM MIAMI, ATLANTA AND THE SOUTH EAST: Neil Slaven’s review of the new box set from Weinerworld. 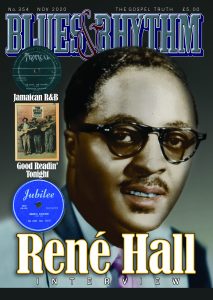 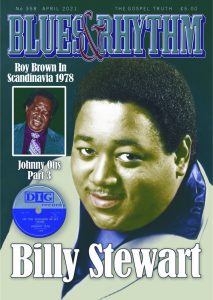 BILLY STEWART: Robert Pruter tells the story of the legendary soul artist in his series on rare Chicago R&B and soul artists.

JOHNNY OTIS: Part Three of Steve Propes definitive feature based on interviews with Johnny, associates and band members – this issue features 1956 – 1957 and Johnny’s Dig label and his move to Capitol Records.

GOOD READIN’ TONIGHT: Ray Templeton’s look at the books you need for the complete blues library – including listing guise and biographical dictionaries. 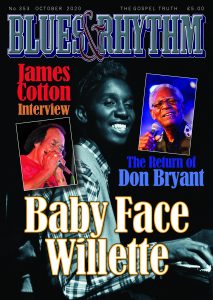 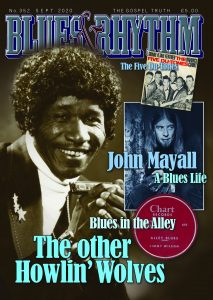 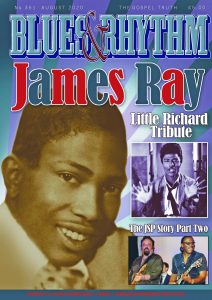