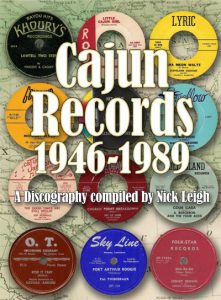 This is a further updated 9th edition (June 2022, and likely to be the last update) of this award winning discography (now with over 100 pages with photos and rare label shots), with an introduction by Nick Leigh and foreword by John Broven, plus acknowledgements. The discography also has a review by Nick Leigh of the second edition of John Broven’s book ‘South To Louisiana’.

All updates, corrections, additions and amendments should be sent directly to Nick at nick44@gmail.com

“What an extraordinary piece of research you’re doing. On behalf of all involved in the Cajun music field, thank you!” Johnnie Allan – South Louisiana music legend.

“Congratulations and thanks for producing the Cajun Discography! It’s an excellent piece of work and will provide yet another tool for anybody involved in American music discographical research.” Rob Ford – co-author of the ‘Blues Discography’ and the ‘Zydeco Discography’

“What a monumental work! I shall look forward to perusing it.” Opal Louis Nations – singer, actor, and music writer and author

“On line access is a great way for a discography to appear – you’ll be grateful to Nick for keeping track of Cajun records and for organizing it into this fine and thoughtfully prepared discography.” Dick Spottswood – in the journal of the Association For Recorded Sound Collections

Blues & Rhythm will notify readers in the magazine, and via this website and on Twitter when a new PDF with changes, updates and/or additions is uploaded. 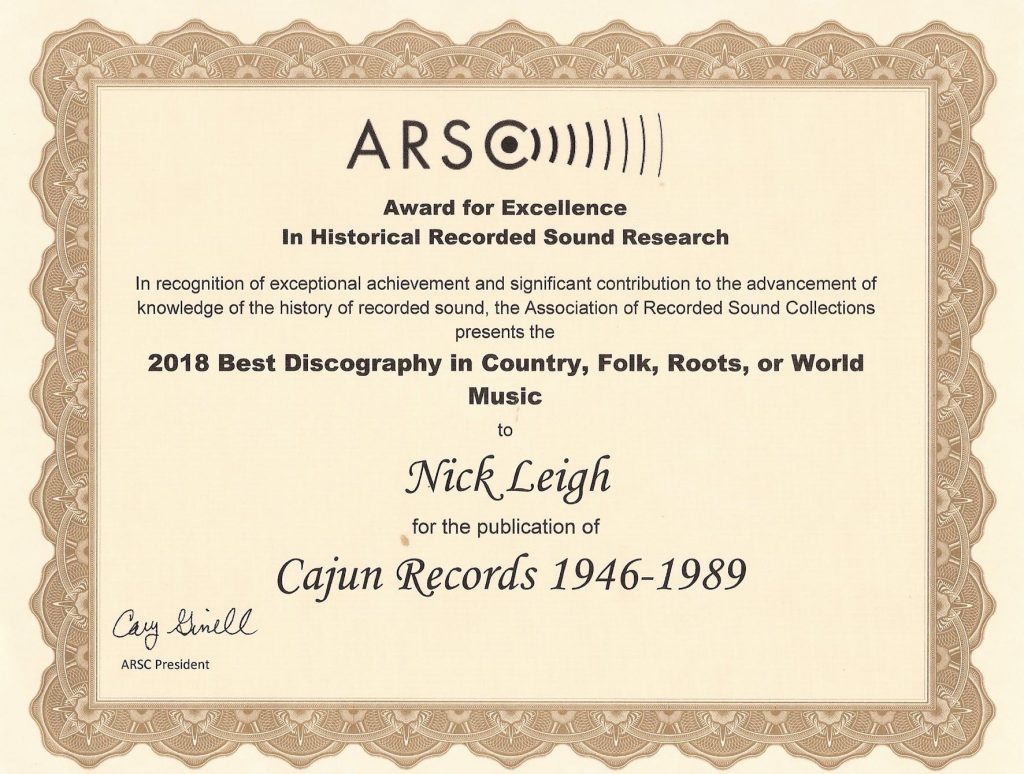