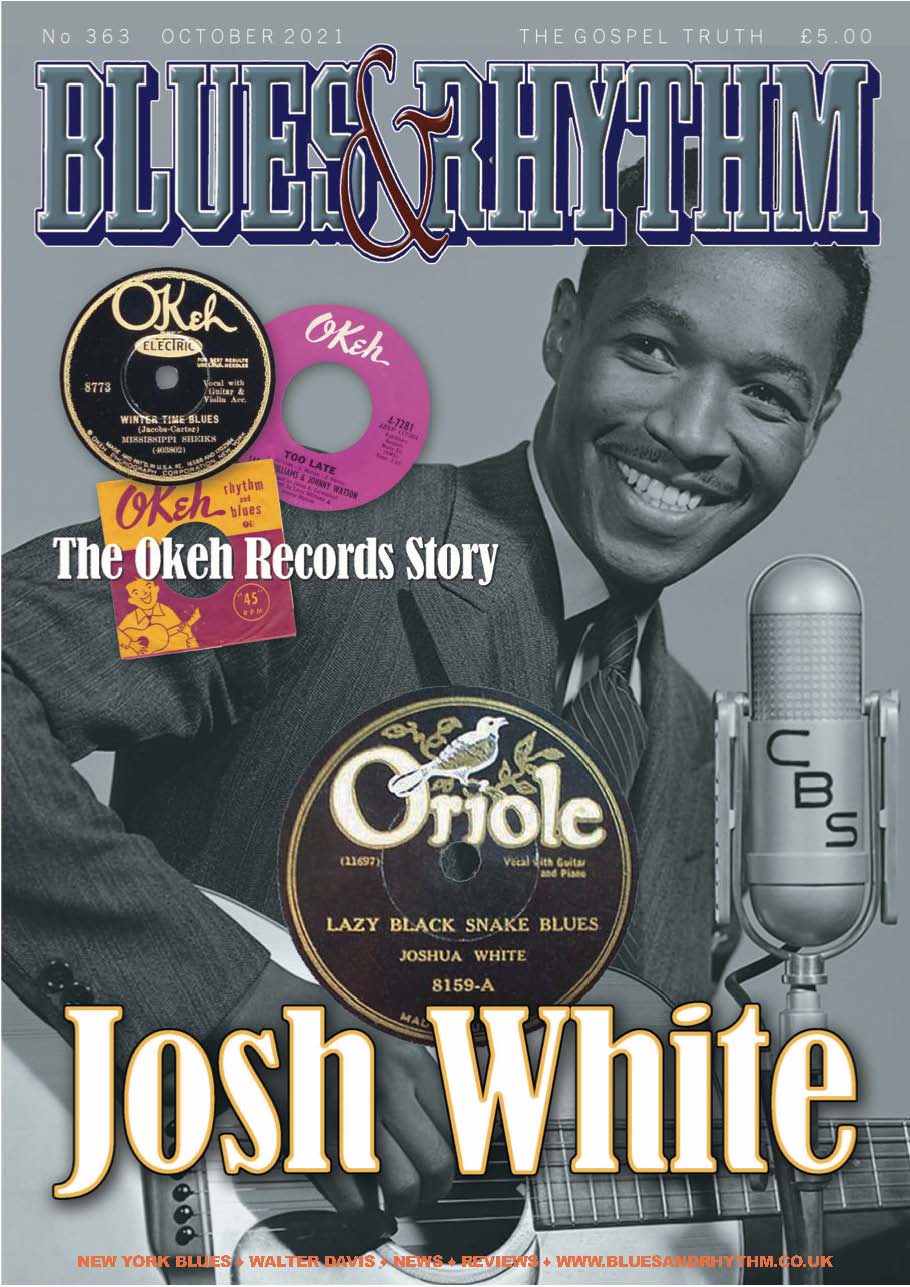 JOSH WHITE AND THE RED SCARE: Extensive article on blues singer Josh White from his pre-war days as a blues singer, the McCarthyite witch hunt, his later recordings as a ‘folk blues’ singer and his time in Europe and the UK written by Douglas Yeager.

OKEH RECORDS: Billy Vera tells the story of Okeh Records from the early 1920s, through to the R&B and Soul years with historic photos and labels.

GOOD READIN’ TONIGHT: Ray Templeton’s on the books you need for the complete blues library – this issue – Blues In The City – Chicago, Memphis and New Orleans.