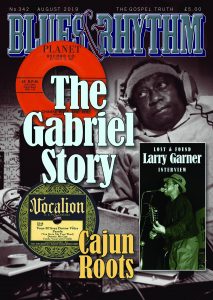 LARRY GARNER: The first in an occasional series of ‘Lost & Found’ interviews from the early 1990s by Neil Slaven.